It's only bliddy well time for another international football tournament, isn't it? They're having it in eastern Europe this time, with Poland and Ukraine co-hosting it.  According to those in the know, there's a bit of racism goes on over there.  Chaps bringing Nazi flags to matches, anti-semitic chanting, groups of Asian students being beaten up at football matches, that type of thing.


Shocking behaviour that makes one grateful to live in England where there's no racism goes on and none of the national team's players is currently on bail for allegedly racially abusing an opponent.  Hats off to the brave 'Panorama' documentary makers for waiting out the five years since the tournament hosts were announced in order to screen a programme TWO FUCKING WEEKS BEFORE THE FUCKING TOURNAMENT STARTS AND IT'S TOO LATE TO DO ANYTHING ABOUT IT EXCEPT STIR THINGS UP.  Who knew you could dig up some people with objectionable views in Eastern Europe, eh?


Anyhoo, in order to foster the correct multi-cultural spirit that is needed to start the healing process, this 'blog has teamed up with the leading black entertainer of the twentieth century to ascertain his opinions regarding the tournament.


Indeed, this man was, according to Wikipedia, dubbed 'the world's greatest entertainer' in his heyday.  Unfortunately, and he'd be the first to admit it, he died in 1950.


Not to despair, though, through the power of the ouija board and a reliable local spiritualist, we now present


CK:
Poland - talented young team led by a free-scoring striker whose scoring 'for fun' in the colours of German double-winners Borussia Dortmund.  Lots of other players, but frankly I ain't got time to be spelling and spell-checking all that shit, they're all 's's, 'c's and 'k's all over the shop.  They'll qualify out of this group, and that's a cash money promise.


Greece - not-so talented ageing team led by that long-haired Celtic knacker Giorgios Samaras. Lots of other players, but frankly I ain't got time to be spelling and spell-checking all that shit, they're all 's's, 'o's and 'popodopolous's all over the shop.  They won't qualify out of this group, and that's a cash money promise.


Russia - old sparring partners of Poland, and doubtless assured a warm welcome from their erstwhile Eastern Bloc Iron Curtain bedfellows.  This group of players looked like world-beaters a few years ago, but several of their players have since obtained big-money transfers and settled into a well-fed comfort zone wherein lying on a bed made of fifty pound notes eating KFC and drinking Cristal instead of their earlier regimes of borscht, beetroot and chopping logs on a collective farm.  Decadent.  They should still be good enough to get out of this group, mind.


Czech Republic - they've qualified for every Euro tournament since they got their velvet divorce from Slovakia, you know?  They bring their experienced team to Euro '12 with fairly low expectations, despite the Lazarus-like re-emergence of midfield lynchpin Tomas Rosicky.  The permanently-injured, floppy-haired boy-man recovered form and fitness in the second half of this season in a resurgent Arsenal team.  Can he inspire his team-mates to one last hurrah in this tournament?


Predictions:  Poland and Russia to qualify.  Russia vs Poland to be a right old battle, on and off the pitch. 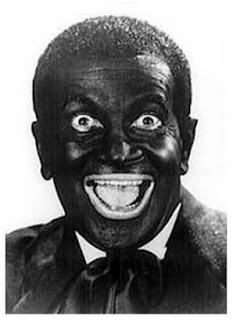 
It's often forgotten, by people who don't read my Wikipedia page, that I was born in the Lithuanian village of Srednik, which was at that time part of the Russian Empire.  You might think that would make me want Russia to do well in this tournament, but it doesn't.  What is even less well known is that in New York city in 1912 I used to get in this chi-chi cathouse that was owned by a Greek businessman.  Man, I tore up some fine poontang in that place.  Good times.  So, I want Greece to win this group.


CK: The group of death, or as the Germans would have it, Der Gruppen de Todes!


Netherlands - World Cup finalists, hugely impressive qualifiers, strength in depth throughout a squad of brilliant players.  Surely nothing can prevent the Dutch juggernaut from rolling on through this tournament.


Germany - World Cup semi-finalists, enormously impressive qualifiers, numerous options throughout their marvellous young squad that has grown together over the past few years.  Surely nothing can prevent the teutonic masters from blitzkrieging their way through this tournament.  That Mario Gomez is a bit of a bottle-job wanker, though.


Portugal - Cristiano Ronaldo banging the goals in, a squad that is a nice blend of fantastic players plying their trade at Europe's top clubs and young players developing at clubs in their resurgent domestic league.  Surely nothing can stop Portugal realising their potential in this tournament.


Hang on a minute, there's only two teams can qualify!  One of them is going home in a metaphorical bodybag.  A lesser footballing man, such as Alan Hansen, could get caught out by this and predict that all three will make the semi-finals.  Imagine such an error.


Denmark - despite having the world's greatest striker, in his own imagination, in the shape of Nicolas Bendtner, they probably aren't going to qualify.  It would be good if Bendtner and Zlatan Ibrahimovic were locked in a room together.  Just locked in there, forever.  Don't film it, or bother about what they got up to, just leave them.  They're dicks.


Predictions:  Germany and Holland to qualify.  Ronaldo to have a massive strop at some point. 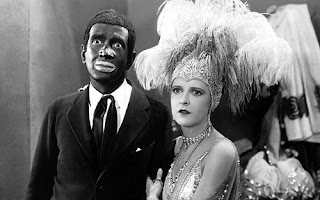 Al and Marlene contemplate another afternoon in


As a prominent Jew who lived through two World Wars, both started by Germany, you may expect me to want their national team to fail badly in this tournament.  You couldn't be more wrong, though.  What you overlook is that the beautiful and talented actress Marlene Dietrich was the lady who initiated me into the pleasures of the Cleveland Steamer, during her stay in Hollywood in the late 1920s.  Many a happy afternoon we spent in her trailer, gleefully curling out logs onto one another's chests.  I may have been appearing in 'blackface' on stage at that time, but I never appeared in public with 'brown chest'.  That would have been disgusting.  Also, I think the Netherlands will qualify.


If Greece had been in it instead of Croatia.


Spain - quite good, these fellows.  Reigning World and Euro champions and built around the all-conquering Barcelona.  However, there are straws to clutch at if straw-clutching is your thing.  And you don't want Spain to win.  Pujols and Villa are absent, injured.  Torres is present, shite.  They should still get out of this group pretty easily, though.


Italy - shocking news from Italy, another match-fixing scandal.  Say it ain't so, Gio!  With the story getting bigger by the day and more players being implicated, Italy are running out of players so fast they may be forced to call up Rio Ferdinand.  One player guaranteed to stay away from such controversy is Manchester City's clean-cut striker Mario Balotelli.  The easy-going lunatic has already threatened to kick the head in of anybody who racially abuses him or throws bananas.  His appearances promise to be interesting.


Ireland - Guiness, the craic, Roy Keane's dog, Roddy Doyle novels, headers.  Everyone loves the Irish, and their fans alway enliven any tournament for which they qualify.  Their team are pretty hard work, mind.  A throwback to the most defensive days of Italian football that leave purists among their fanbase pining for the flowing football of Big Jack Charlton's long-ball Crazy Gang.  Still though, get a green wig on, don a tricolour cape and get enough pints of the black stuff down your neck and forget about the football, yeah?


Croatia - the gingham-clad balkanistas have seemingly recovered from their failure to qualify for the last World Cup and being mauled by the ferocious Theo Walcott, and have made it back onto the big stage.  With girls-hair-sporting midfield pramface Luka Modric pulling strings in midfield, the Croats will fancy their chances of progressing far into this tournament. 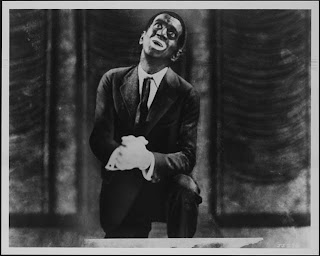 Don't have the linguini!

Al:
What a lot of people don't realise is that, since I died, I've spent a lot of time watching professional tennis.  I prefer Eurosport's coverage to Sky, though, their commentators are very good.  My favourite player is Novak Djokovic, he's great.  Did you see him beating Tsonga the other day?  Unbelievable.  He's one of them Yugoslavians, so I'm backing Croatia to go through here, which should hopefully give my mate Novak a big pick-me-up.  Also, I hope Italy get knocked out.  I got some bad linguini in Brooklyn in 1933 and lemme tell you, I didn't pass a solid bowel movement for three weeks.  Mammy, the aloe-vera infused wet wipes!
Croatia and Spain to progress.


Albion's brave boys have surely only got to turn up for the cowering masses of sneaking Johnny Foreigners to shrink in fear like salted snails.  Which they'll then probably try to eat.  Built around a sextet of players from the all-conquering Liverpool team, Roy "Woy" Hodgson has a team that is the reddest of red-hot favourites to cover itself in glory.


Ukraine - aka The Ukraine aka the Soviets.  While applauding UEFA's groundbreaking decision to give their tournament to a relative outpost of Europe where travellers have rarely visited, spurred only by the desire to push back soccer's borders and help Ukrainian billionaires to redistribute some of their wealth to needy UEFA dignitaries.  However, without wishing to get all Panorama on your arse, Ukraine's manager is Oleg Blokhin, who has returned for a second stint in the job.  In his first time around as manager, in 2006, he had this to say about foreign players in the Ukrainian football league:


"The more Ukrainians that play in the national league, the more examples for the young generation," he said. "Let them learn from Shevchenko or Blokhin and not from some zumba-bumba whom they took off a tree, gave him two bananas and now he plays in the Ukrainian League"


Zumba-bumbas, sir?  Care to say that to Mr Balotelli, would you?  This, ladies and gentlemen, is the man who Ukraine have chosen to re-employ ahead of their country's biggest sporting moment, when the eyes of the world will be on them.  A potential banana-skin, no?


In other news, their shite team will most likely finish last in their group.  Good.


France - the comedy team of the last two tournaments, riven by in-fighting under the bumbling command of fuzzy-haired Martin O'Neill-alike Raymond Domenech, who famously chose the moment his team had just been knocked out of Euro 2008 to propose on national television to his girlfriend, who was hosting the next show.  She knocked him back.  The French are seemingly back on the straight and narrow under the stewardship of Laurent Blanc, who has assembled a young squad that is unbeaten in 21 matches.  Their opening clash with England could define their tournament, with a win likely to set them up to win the group and propel them into the business end of  the tournament.  Defeat could undo a lot of the good work, re-open old wounds and send Blanc saying it with engagement rings.  They should be alright, though.  England are shite.


Sweden - vikings, pornography, self-assembly furniture, voguish crime drama and dull one-one draws in tournament football against England.  That's Sweden.  What they also have is Big Bird-looking big-nosed big head striker, Zlatan Ibrahimovic, the multi-titlewinning flat track bully.  They will need him to perform at somewhere near the level at which he rates himself if they are to do any good in this tournament.  Unlikely. 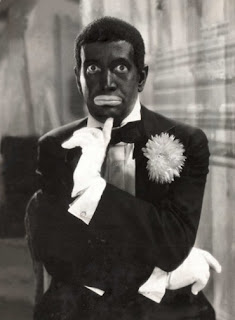 
Zumba-bumbas?  The cheeky cunt!  I had a play once called "Bombo" but zumba-bumba?  Man alive.  I'll tell you what, as a jewish guy with a black face, you couldn't get me to visit Ukraine for all the money in the world.  Also, I'm dead.  France and Sweden for me.  Sorry, Englanders, but that John Terry guy is a putz who needs a kick upside the cock.  I tell you this for free, I'd happily walk a million miles in tight shoes to give it to him.