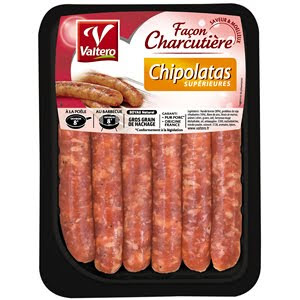 Christmas has literally come early this year! And, very much like the phenomenon of premature ejaculation, the Ins and Outs Committee will leave you with the same sense of feeling unsatisfied and, at the same time, somehow violated.

Get your stockings out, bite into a tangerine and spill your nuts in front of a roaring fire, at Christmas, 'cos Ins and Outs am here!

Underlining your claim to have Inca ancestry by wearing a tartan travel rug and bowler hat to the pub.
Claiming to be unsettled by a wholly imagined 'strangeness in the air'.
When in a meeting about information technology strategy and implementation, choosing your moment to parrot "Garbage in, garbage out!", then looking around the table with a shit eating, triumphant grin as though you've just come up with a bon mot of startling originality.
Zaytoven. His beats be tighter than a gnats chuff.
Feigning a lack of interest in "I'm a Celebrity" when in reality you record Dave Berry's trenchant analysis on "This Morning" .
Preparing for an evening tapping fine ass in town by spending an hour meditating in the lotus position repeating the mantra "Hound dog gonna eat that pussy" in a resonant Leonard Cohen voice.
Rustu Recber, rollerblading in Reykjavik with Royksopp.
The Elin Nordegren rescue wood. This year's must-have Xmas gift for the lady golfer.
Getting into a protracted doorstep discussion of Cartesian dualism with the lady who has come to collect the Avon catalogue.
Dabbing one's fevered brow with a handkerchief and informing the boss that you need to go home early, as "all this inky-fingered bean-countery enervates me sorely, old top".
Playing some wistful bluesy harmonica while engaged in a lengthy session on the toilet.
Chorizo. Spicy Spanish splendour.
Confiding to friends that it "churned you right up" watching that poor Katie Price having to eat kangaroo arseholes every night on "Jungley".
Wondering exactly when standing around in the cold eating German food and overpriced olives became synonymous with Christmas.
Being genuinely impressed by someone who is wearing clothing from M &S' Collezione range, being strictly an Autograph/Blue Harbour man yourself.
On matters tinned pie, slowly coming to the conclusion, following years of scepticism, that Fray Bentos is indeed the superior of Prince's.
Assuring the good lady wife that her new Touche Eclat concealer lends her the sultry, sophisticated sheen of a young Candy Darling.
While having a slow afternoon at work, having a bit tamper and changing the company's hold music to "Dead Flag Blues" by Godspeed You! Black Emperor.
Judging a book by its cover. It's a good way to judge a book, particularly as details of the author and title are contained there.
Just before everyone is about to tuck into a groaning plate of turkey, trimmings et al, making a prating little speech about those people in Cumbria with no homes, the starving marvins, all that, effectively ruining the meal for all concerned. You can get a lot more roasties this way!

The ablative absolute in Latin. WTF?
Anybody over the age of eighteen indulging in the consumption of "Monster Munch" corn snacks.
Loving The Range, hating on Bruce Hornsby.
The Limpopo River. To quote Wikipedia, the waters of the Limpopo are sluggish and salty. What a fucking liberty, the salty, sluggish shower of shit!
The appalling prospect of your lass returning from a "pre-Crimbo shopping trip with her friend Debbie", pissed up on chardonnay, maxed-out credit card akimbo, face caked in complimentary makeover cosmetics like a tinsel-bucket-chucking employee of the Billy Smart organisation.
Slacked-jawed gawkers who pitch up to see their town's Christmas lights being turned on. Not for nothing, but they're going to be there for a month, you know?
Claiming to be a big noise on the Allotment Growers Committee. Whoop de whoop!
Following cold drinks having been taken, attempting to get your drinking buddies to join you in massacring the town's Huguenots, but, heeding the counsels of cooler heads, deciding to go for some chips instead.
Spending a small fortune on a conservatory. Why not just sit in your fucking sitting room, yeah?
Whenever grown-ups are attempting to discuss the world economic crisis, desperately attempting to shoehorn your dreadful "Dubai now, pay later" joke funny into the conversation.
Having a keen interest in the industrial history of former coalmining communities. Pictures of chaps with smuts on their faces, massive banners, stories of folk getting suffocated and brass bands. There's a party.
That whole string bag of assorted nuts/effing about with nutcrackers palaver. Get a big bag of KPs. You do the cost-benefit analysis!
Club sandwiches. Fancy putting a chocolate biscuit in a sandwich. The dirty beggars.
Going to the supermarket and getting a trolley with one wheel which seems to have a mind of its own. Honestly, what's that all about?
Claiming that you intend to "catch" a "movie". No, you're going "watching" a "film"!
Abu Hamza and Tony Danza asking Yahoo! Answers about the theme from "Bonanza".
Having run out of small talk after about fifteen seconds, asking people what their favourite letter of the Greek alphabet is.
Getting an advent calendar for your dog.
Any fooling be wishing he was back in Carrickfergus. Frankly, it ain't all that.
Seaweed and ginkgo biloba-munching health food enthusiasts. You not heard of carrots, like?
Posted by Colonel Knowledge at 12/01/2009 11:22:00 pm 3 comments: Links to this post