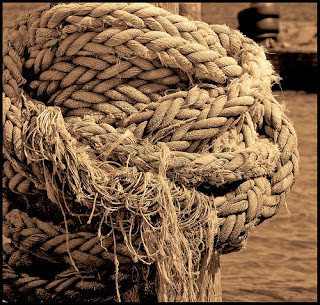 The nation's favourite rotund Lancastrian funnyman is set to unleash an avalanche of laughter this winter, with speculation rampant that he has, at long last, been working on some new material. Sources close to the roly-poly comic have refused to confirm the scope or nature of the new material, which is set to be unveiled at next month's Royal Variety Performance, a mere five years after the last confirmed sighting of a piece of fresh comedic gold in the Bolton gag-merchant's live routine. The comic will also announce details of a live stand-up tour on this Friday's "Chris Moyles Tabloid Breasts Appreciation Breakfast Show" on Radio 1.

Comedy fans were understandably delighted at the momentous news, with fans of ultra-short-term northern nostalgia breaking down in the street and weeping tears of slack-jawed mirth at the memory of the comedian's incisive analysis of the quiz show "Bullseye" and his extended riffs on something slightly foolish his mother had said to him when he was eight.

The new material will be eagerly anticipated across the length and breadth of the country, as speculation raged in the nation's workplaces.

"I hope he says some funny things about the programme "3-2-1", with Ted Rogers and Dusty Bin", 47 year old clerical assistant Connie Plank, of Rochdale, told our reporter. "What was that all about, eh?".

However, plasterer Dave David, 24, of Hunslet was hoping for "Mock incredulous pronunciation of some fancy dan foodstuff, possibly as delivered by one of Peter's daft uncles at a family gathering or something. Maybe couscous. Yeah, I'd like to hear Peter Kay repeatedly saying the word "Cous! Cous!" in the style of a bemused older man. He should do that. I would definitely pay as much as 25 quid for a ticket if I thought he would be saying "Cous? Cous?" over and over again. I mean, couscous, what's that all about, eh?"

However, not everyone was as enthusiastic at the prospect of fresh joke funnies from the porridge-skinned end-of-the-pier entertainer. Simon Joyliss, of online comedy site notcomdotcom, feels that the public's tastes may have changed in the time that Kay has been busy re-hashing and reheating his stage act into three separate autobiographies. "With the credit crunch and the worrying rise of extremist political parties, people want edgier comedians who are performing riskier, harder-hitting material than Peter Kay. Comedians like Frankie Boyle, digging up thirty-year old Barbara Streisand jokes in order to insult a 20 year old woman on a topical news quiz, or Jimmy Carr, doing updated Bob Monkhouse gags with a bit of gratuitous swearing thrown in. That's the type of thing today's zeitgeistlisters want."

When asked to confirm the rumours surrounding his much-vaunted new material, Kay was remaining tight-lipped, pausing briefly to inform our reporter "Hey son, I want twenty grand before I talk to youse cunts. I'm only doing Moyles' show so that they give me a prime slot on Children in Need. "