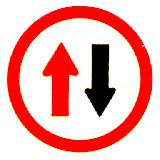 As unquenchable as the Olympic flame, as enduring as the Herpes simplex virus, we bid a warm welcome to an old huckleberry friend as the dearest of lifestyle solutions returns in a new revitalised, re-modelled guise with added zeitgeists!

Ladies and laddies, mammies and daddies, Ins and Outs am here!

Referring to one of your dreadful mates who has unwisely opted to appear in public wearing an item of camouflage gear or any quasi-military apparel, as "Dead Man's Shoes".
Despite all evidence to the contrary, believing deep down that most stress/depression/mental illness/all that could easily be remedied by a few pints and a good ride.
Knowing a good field for mushroom picking.
Arriving at work in a foul temper.
Andrea Dworkin. A tireless crusader against the evils of pornography, despite being the mutant progeny of a dwarf and a munchkin.
Positing a theorem that could revolutionise the way physicists understand the behaviour of leptons, then realising that it's shite.
Bandying around tiresome poker terms, despite having the merest knowledge of, and indeed interest in, the game.
Being a bit handy with a sand wedge.
Turning up to your grandfather's funeral wearing a balaclava and sunglasses.
Argentinians.
Replying to enquiries as to how you are with a cheerful "Box fresh. Pure box fresh."
Brendan Foster's oxters.
Being of the mind that a favourable critical re-appraisal of the work of Boney M is long overdue.
Having a rather intense conversation regarding the films of Rainer Werner Fassbinder with a tattooed cove in a sleeveless Wolfsbane t-shirt while waiting for the dog-fighting to start.
A winsome octogenarian nostagically recalling to his extended family over Sunday dinner that "It was your grandmother's gargantuan tits that first attracted me to her, you know?"
A clip off the legs just in front of square for a comfortable three.
When being asked what the problem is by your Doctor, pull your best Jimmy Cagney face and in a strong New Yoik accent tell her "Lady......it's my Johnson."
Holding AND giving, but, crucially, doing it at the right time.
After a particularly facile or pointless query or remark from a companion, giving a weary sigh and saying "It's a worry". (For best results pronounce "worry" as though it rhymes with "quarry".)
Sitting out in the sun with a big old jolt of heroin surging round the body. First rate.

Any numbskull suffering from possum/opossum confusion.
Andrei Arshavin's auntie's arsecress.
When visiting a sophisticated gentlemen's club, jokily refusing the girls' offers of a dance by saying "Sorry, I've got two left feet". Every Single Time. They love that.Brian Barwick's stupid fucking pudgy face.
Erwin Rommel's grandstanding tactics in WW II. There's no "push on to Arras" in "Team", you know?
Having a deep-seated fear of flying. Puff!
Men under fifty wearing "magnetic" copper bracelets. The pseudo-medical wristwear of the fool, my friend.
Sagely advising a friend to formalise their relationship with a female friend by urging him to "Hit it. Hit it like it owes you money".
Middle-aged ladies who have no qualms about giving a brother the full, unexpurgated inside skinny on the gyp they suffer with their feet in warm weather.
Amateur Mike Mechanics who know how cars work when all you really need is where the petrol & windscreen washer go. Those supermodels hanging out in the pits at Silverstone are banging the drivers mate, not the Kevin Websters topping up the brake fluid and adjusting the carb.
The hoi polloi in their Gio Goi.
Feather-brained acquaintances who find the concept of leaving a brother alone to enjoy his pint without having a camera in his face all too difficult to comprehend.
Coves riding a titchy fold-up cycle around the city, wearing the full cycling shorts and helmet caboodle.
Somehow convincing yourself that there is a long-standing tradition that if you see a dwarf, you should go up and rub their head for good luck. With disastrous consequences.
Longhairs.
Harridans and do-gooders getting all het up about Gary Glitters. Yes, yes, the unsavoury pictures and the vile crimes against innocent children, but "Leader of the Gang", eh? There's a tune you can hum.
Paying a visit to the ruins of Castle Acre Priory, near Swaffham. It's shite.
Horror movie enthusiasts. The film genre preference of the weirdo, the nonce and the online gamer.
Young shavers in the employ of a firm of funeral directors, attempting to spruce up their rather sedate work attire with the addition of a baseball cap emblazoned with the slogan "No Fat Chicks!"
Inebriated bar-room debates over the burning issue of who was better: Baltimora or Falco.
Posted by Colonel Knowledge at 8/31/2008 05:24:00 pm 2 comments: Links to this post