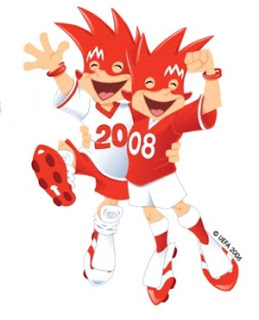 
As I'm sure you're all aware, the summer's sporting highlight is but days away. That's right, sixteen of Europe's finest footballing nations will come together in the soccer hotbeds of Switzerland and Austria (me neither) to compete for the UEFA European Championship 2008.


Normally, the world's favourite team England would be red-hot favourites to take home the trophy to put alongside their vast collection of World Cup. However, due to a combination of plastic pitches, UEFA skullduggery, brolly-wielding shitehawks and players from Aston Villa, the dearest of national sides will not be competing this time.


Fortunately, from a street-cleaning perspective, the Scotch army of red-headed incontinents won't be making the journey either.


This leaves, you, the hapless, parochial unsophisticate in the ways of the continental game, scratching your head, gaping maw a-dribbling, wondering "Who the blinking flip are aal these foreigners, eh? I've never heard of any of them, me"


Well calm your tears, my young fool. I am here to walk you through the whole process and explain it to you so even you can grasp it.


To assist me in this task, I have enlisted the assistance of my trusty Native American spirit guide Johnny Two Feathers. 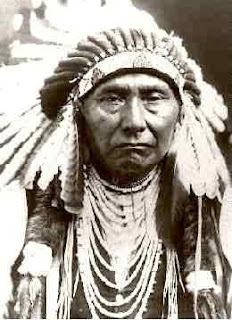 With the mystical powers and traditional wisdom of the elders of his tribe and a fluent knowledge of the game picked up through a life-long subscription to "Shoot" magazine, our red-skinned chum will bring insights from across the Atlantic.
Pre-amble aside, let's get down and get with it, by looking first, as is traditional, at Group A.
Posted by Colonel Knowledge at 5/31/2008 06:19:00 pm No comments: Links to this post 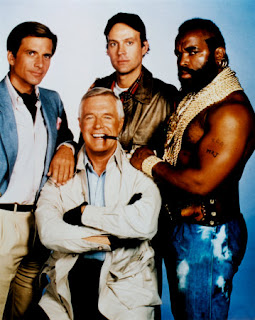 The fortuitous two-time spot-kick conquerors of England will be looking to win the tournament this time around, led by their main man and hottest property in football, Cristiano Ronaldo. Loathe him or despise him, you can't deny that the winking, twinkling, greasy-mopped wide-man is playing out of his skin at the moment. Dame Fortune also seems to be smiling on him, as he got away with a shocking shootout miss in the recent Champions League final thanks to the slapstick stylings of John "JT" Terry. The spawny cunt.

Eusebio banging them in against the Koreans, Butch Wilkins and all that at WC '82, Carvalho and Rooney baal-stamping, Ronaldo winking v England, crying like an iddy-biddy girl v France.

Co-hosts Switzerland will be hoping against hope to avoid embarrassing themselves and praying that they can scrape through their fairly easy qualifying group. Watch out for dodgy penalties and opposition sendings off galore as UEFA attempt to ensure that Swiss faces remain egg-free. The dull Swiss have NO players of note and frankly, are taking up a precious finals place that could much better be filled by a team with a richer footballing tradition, such as England, to choose an example entirely at random.

Five famous Belgians: Erm, hang on... just off to Wikipedia.

Right ye are, here we go.

Drawing 1-1 with England at Euro '96, Tits McCoist scoring a pointless effort, kung-fu fighting with Turkey in a play-off.

From across the Bosporus come the Turks, former international whipping boys come good, and ready to kick lumps out of anything that moves or ping the ball around like a Happy Shopper Brazil, depending on how the mood takes them. Much will depend on the form of pint-sized Newcastle United schemer Emre, a player who embodies the schizophrenic nature of his nation's side. Hopefully, their clash with the Swiss should see a decent tear-up if nothing else.

England "stuffing" them 8-0 back in the day, getting to semi-final in WC 2002, kung-fu fighting vs Switzerland.

The weakest of um groups. Switzerland, hoarder of the white man's gold, have much bad medicine to atone for and qualifying may prove heap big ask. Czech Republic grow long in tooth and have many old braves, happy hunting ground is next stop for them. Portugal and Turkey to progress to um quarter-finals.

The Ins and Outs Committee are fresh back from a bracing holiday in Skegpool-by-the-bye and have a bulging case of soiled wisdom and crumpled insight to bung into your whirling twin-tubs.

If you wish to know your Kire te Kanawa from your Louis Donowa, what's skill and what's trill, who rocks da bells and whose cock it smells, then follow your nose this-a-way, cos those sunburned, candy floss-chomping Ins and Outs am here!

When having to make introductions, always always introducing the person in question as "my brother Tom Hagen".
Having a nice roast dinner on a Sunday, the leftover meat cold with pickles on Monday and shoving any remaining roast potatoes up your arse on a Tuesday.
Going up to every fat lass one encounters and asking when the baby's due and isn't being pregnant awful in this heat?
Referring to anybody with the merest hint of a long face or an unhappy countenance as Cheerful Charlie Chester.
Nodding along appreciatively to the music of Leonard Cohen, all the while musing "I bet he got a lot of fanny back in the day".
Visiting Blackpool and eschewing the titty bars and rollercoasters for an afternoon of wurlitzer music with a load of biddies. Marvellous.
Any girl with 9/10 pants and a very big bra.
At the first sign of any tiresome conversation tending to drift towards confectionery of the past or children's TV in days of yore, rising swiftly to one's feet, telling those present "Fuck 'Spangles', fuck 'Chorlton and the Wheelies' and fuck you!" before leaving in a marked manner.
The euro dance musical stylings of Kraak and Smaak. Sikk beatz!
Visiting a local hardware store and attempting to purchase Elbow Grease.
Getting your hands on a pair of Red or Dead Lolitas for a song. A song, I tell you!
Agonising for ages over whether to buy a t-shirt with the legend "Body of a God - Shame it's Buddha!!!1!", before concluding that it would indeed be a sin to miss out on such a mirthsome garment.
Hitting the pin.
Lesbians. Fair play to them.
Drinking cut-price Cheeky Vimto in a social clubs and bellowing along drunkenly to Petula Clark's "Downtown".
The flügelhorn. Brass at its best.
Due to workplace relocations, no longer having one's eye caught by numerous photographs of a colleague's frightful children.
As a would-be humorous story concludes in stony silence, solicitously patting the failed raconteur on the shoulder and encouraging them to take a good swig of beer.
Serving your guests mixers created in the Soda Stream machine rather than their expensive brand name counterparts. They'll never know the difference!
Round-heeled ladies excusing an uncharacteristic lowering of their standards with the words "There was no-one else out and I had shaved my legs"

Omnibus journeys in the company of the lower orders that resemble "One Flew Over the Cuckoo's Nest" with wardrobe by Lonsdale.
Female co-workers who constantly have the air of being about to launch into a story about something darling that their cat did.
Any grown-up eating Haribo sweets. You fucking knacker.
Screaming "Hit it, wind! Hit it, wind!" on a perfectly calm day, as an overhit 9 iron flies over the green.
Constantly folding and twirling your hands like you're a fucking Bond villain revealing your heinous schemes.
Interminable discussions regarding exactly how many free minutes and text you receive per month and the fiscal requirements for said service.
Constructing an improvised warm weather back-scratching device with the aid of several drinking straws and a plastic chip fork.
Preparing snacks to be enjoyed later while watching some eagerly awaited television programme.
Portly schoolchildren noisily eating crisps on the bus to school.
Sending an alcohol-fuelled SMS, offering a female acquaintance the opportunity to have her "pastie smashed off". This approach is not exactly one from the Fitzwilliam Darcy playbook.
At the opticians, asking the assistant if these frames make you look "like a paedo. 'Cos I'm not one, right!"
Stopping in of a friday night playing low quality word games on Facebook. Mother, the warm bath and razorblades!
Trying to "big up" welsh chanteuse Duffy as the second coming of Dusty Springfield when she clearly sounds more like Lulu.
Austrians. Rum coves, that's all I'm saying.
Breaking out the vest tops and short trousers at the first sign of the sun getting its hat on.
Anybody under forty who is member of the National Trust or who enjoys visiting old churches. Personally, I would be informing the compilers of the Sex Offenders Register.
The fact that, due to Political Correctness, you can't even refer to "Political Correctness Gone Mad" these days. You have to refer to this very real state of affairs as "Political Correctness with Mental Health Issues".
Asking the server at a down-at-heel pizza shop if you can get a 14" Mexican Meat Feast Special, but with pimento chillis rather than bell peppers.
Bullfinches. Fat-faced fucks.
Pronouncing the tasty foodstuff "tongue" as "tong", like some sort of 1960s kitchen sink drama Lancastrian.

Hats off to Jando for her words of encouragement and, more importantly, contribution towards this months bunfest. Peace!