Please forgive the rather robust language in the preceding post. Watching that oaf in action for my local sports team tends to leave me feeling rather prickly. Let us move on.

As you doubtless know, I bow to nobody in my appreciation of art. However, I do draw the line at the tiresome clever-clever graffiti of middle class poster boy Banksy. Whether it's the "Rik the Student" politics in his oh-so-controversial works or the drooling pseuds that fawn over his every move, this wassock gets my gorge rising like nobody's bidness.

In a very intelligent and high-concept stroke of art counter-terrorism I have, therefore, commissioned a genuine street artist from the north-east of England called Dazza, who has set about defacing Banksy's so-called artwork with the crude weaponry of the schoolroom anarchist. To wit, by drawing big, spunking cocks on them.

As Brian Sewells might put it, "it works on many levels". 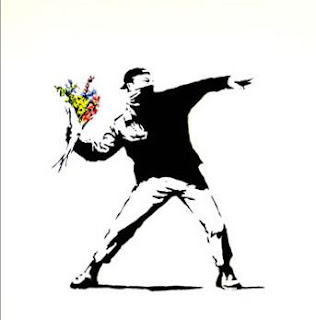 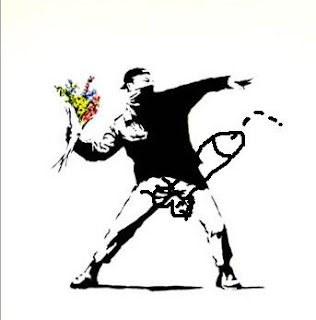