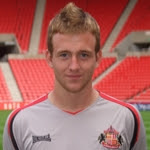 If there is one cultural phenomenon that encapsulates the brave new world in which we are living, it isn't the iPod, it isn't Coke Zero, it isn't the paintings of Tomma Abts, it isn't even the Pot Noodle Bombay Bad Boy. Rather, it is the Celebrity Sex Tape.

Which other cultural artefact simultaneously reflects the ridiculously overweening need of vacuous pinheaded individuals to become and to remain famous by whatever means necessary and also the compulsion of a certain group within the public to voraciously consume as much information about those that the media tells them are celebrities and therefore worthy of such scrutiny and veneration? I'll tell you - none!

It isn't just the Heat magazine reading, reality TV show watching, mouth-breathing underclasses who are transfixed by this type of thing either. It's clever specky people like me and my art critic drinking buddies too. As one of my coterie of intellectual pals opined the other week "Aal these famous tarts, they look like they're shit shags, but you still want to see it, though".

Indeed we do. So much so that we've researched the subject and compiled this Top Ten of the best Celebrity Sex Tapes, like, ever. Cheg on, Melvyn Braggs!

Purists may dispute the inclusion of this offering, since technically it was filmed as pornography before the star's rise to mega-celebrity as the Old Bag With The Big Plastic Knockers in Big Brother VII. However, it gets in because it reflects the fleeting, transient notions of celebrity in this century. Has ther ever been a grimmer indictment of shallow, consumerism than the collapse of Lea's pelvic tuck under the onslaught of her male co-star's attentions?

Linsey Dawn, the poster girl of a nation of finger-sniffing "Daily Sport" readers, completed her voyage of discovery from ample-bosomed ingenue stripping off for a topless photo-shoot on her sixteenth birthday (with full parental backing) to fully-fledged bongo movie diva. Critics have derided the inept performance of her male co-star, real-life husband Terry, sentiments later echoed by his leading lady when she kicked his sorry ass to the curb.

8. Imogen off of "Big Brother"

Lo-fi, grainy, indie-flick short presentation featuring the forgettable Welsh sort from BB#7. Most memorable for the closing shot of what those in the industry refer to as a cream pie. One for the foodies, there's lovely, eh?

Curvacious Page 3 stunna Keeley in action with the bodybuilding chap who is reputed to have chinned footballer Joe Cole. Many of her keenest followers were dismayed by the bold decision to keep her trademark funbags under wraps for this outing, although there are hopes they are being kept back for a sequel.

6. Those two roundheels' off of "Club Reps"

They shot to "fame" on a low-rent ITV masturmentary about young people getting drunk and shagging around on holiday by, er, getting drunk and shagging around while on holiday. These two teenage temptresses were in the studio being ministered to by soothing-voiced "bumpkin of bump'n'grind" Cathy Barry faster than you could say "Can 'ee get yur minge out for me now, moi love?"

Who would have thought it? Prim and proper Princess of Hearts Katie Price and the King of Kebab Shop Pop Dane Bowers filmed their romantic liaisons and the footage was released into the wild. Shame on you all, some things should remain private, lest their beauty be tainted forever.

Everyone's favourite billionairhead gets down and gets with it with her grinning bozo fratboyfriend. Pleasingly, the sack-of-spuds style antics of the female lead offer a drop of consolation to any viewer with a lady friend who isn't a beautiful blonde billionaire's daughter. Less so for the more numerous legions of internet sadboys watching with only a rugby sock filled with tapioca to turn to.

Or whatever those porvorts use.

Former Aston Villa goalkeeper and all-round dutchman gets done up the wrong 'un by his strap-on wielding lass. Truly a film that challenges accepted norms, this movie asks powerful questions about sexuality and gender roles.

Offering an invigorating vision of feminism for the twenty-first century, Abi showed it's possible for the modern girl to have it all; the sophisticated, successful boyfriend, the vigorous black girlfriend, the finger up the bum, the Stevie Wonder soundtrack, the glamorous career being pawed by Paul Danan and photographed with your lallies hanging out of a "naughty nurse" outfit. A movie that can only be described as seminal.

They were the dream couple of Los Angeles. She, the pneumatic blonde Baywatch beauty, he the popular "Little White Bull" cheeky-chappie skiffle star. Never mind "Half a Sixpence" good old bonking Brit Tommy was giving her six-nowt like there was no tomorrow. A feel-good rollercoaster romp of a film and a worthy winner.
Posted by Colonel Knowledge at 1/28/2007 09:50:00 am 4 comments: Links to this post

Rum, Sodomy or The Lash? 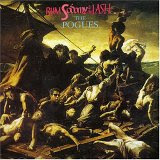 We all know the 1985 album by The Pogues called "Rum, Sodomy and The Lash", we all love it. But which of those three elements do we like the best? It's the question that has been on the lips of the great and the good for the best part of twenty-two years and it's a conundrum we intend to resolve here.

Of course, you could simply think about which of the three options you like best and give your answer based on those thoughts, but frankly that kind of politically-correct, lily-livered thinking is responsible for the rise to prominence of the National Socialists, 1970s trade unionists and James Blunt, so we'll bin that option, thank you for the add very much, if you please.

The only true way to ascertain if you're a red-nosed rum drinker, a red-arsed lover of bum games or a Red Stripe drinker who'd rather be down the pub getting all boozed up and chatting up the ladies is to complete a multiple choice questionnaire.

Let's get down and get with it!

1. It's the weekend and you are getting dressed. Which outfit do you select?
a) A three-cornered hat, an eyepatch and a pair of bell-bottomed trousers.
b) A leather motorcyclist cap, a see-through t-shirt and a pair of chaps with your arse all hanging out.
c) Some cords, a Top Man tank top and some Dunlop Green Flash trainers.

2. What is your idea of a perfect holiday?
a) Two weeks on a cruise ship, existing only on dry biscuits, limes and the occasional breadfruit when you stop at an island.
b) A long weekend in Brighton, staying in a B & B run by a god-fearing churchy type who scowls at you over the Coco Pops every morning.
c) An 18-30 holiday, anywhere hot and sunny where there's beer and birds. How much is a pint?

3. What's on your iPod at the moment?
a) A selection of hornpipe music, the theme from Captain Pugwash and some Hawaiian surf guitar music.
b) Showtunes, nothing but showtunes.
c) Oasis and that. Proper blokes music, you know?

4. You're stranded on a desert island. What one item would you choose to have with you?
a) A rope, to use to lash together timbers to fashion a simple raft in order to escape.
b) Some Liquid Silk lube, in case there's a Man Friday on this island.
c) A fridge, to keep me beer cold.

6. Who was the best character in The Bible?
a) Noah
b) Lot
c) Mary Magdelene. Giddy up!

7. What was your favourite ever TV programme?
a) The Onedin Line
b) Bottom
c) Two Pints of Lager and a Packet of Crisps


How did you score?

Mostly a): Ahoy there me hearty! You salty old seadog, you. Swab those decks and there's a tot o' rum in it for ye.

Mostly b): Ooooh, get her! Cock crazy that one. We're here, we're queer, deal with it. You choose the stink over the pink every time. Fair play to you.

Mostly c): Oy oy, saveloy! You're a hard-loving, hard-living lager lout and no mistaking, eh? That Keeley off of page 3, eh, you would though, wouldn't you? If you didn't live with your parents, work in B & Q and wank yourself dry over a copy of Nuts every week, that is. 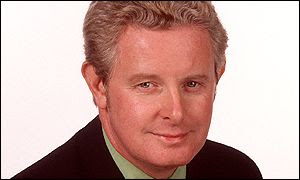 "Word up, Dawgs! Dougie "Double D" Donnellys here, giving mad love and shout outs to my homies over there at the Ins and Outs Committee. Y'all be killin' it, gangsta style.
Check this shit out. I'm gone. Increase da peace."
In
Little bottle-shaped chocolate liqueurs
January drinking in pubs free of once-a-year tipplers and namby-pamby health freaks "giving it a rest for a while".
Gatecrashing a "do".
Sticking it to The Man
Meddling with forces beyond your ken.
Drawing a long, low, running one-iron around a bunker that trickles onto the front of the green on a long par four.
Discussing Jah Wobble with the bloke who works at the 24 hour garage, coming to the conclusion that he's "a pretty cool cat".
Dunlop Green Flash sneakers
The Hopi Native American tribe.
Pablo Escobar's lasses Wonderbra.
Nice examples of silver filigree jewellery
Putting in good crosses.
Trying to decide which is the best Jackson: Pollock, Browne or Five.
Fighting the system like a two modern day Robin Hoods
Ghost riding the whip.
Informing your pool opponent that he is a "no-bidness, barn junkyard, rat soup eating muthafucka!" prior to breaking off.
Mark Rothko's early multiform pictures
Prolifically using tiresome american sporting cliches.
Boasting that you are Essex born and bred, when that is patently not the case.
On meeting up with a selection of dreadful mates, loudly and theatrically announcing that no one should look at you "...as you look an absolute fright".
Out
Leaning back in one's chair, drumming one's fingers on either side of one's immense gut, like a "Punch" cartoon representation of Capital.
Steve Lamacq's arse crack
Smokers who stand outside the doors of a building that forbids smoking, blowing and a-puffing their foul fumes at decent folk using the door.
Calling a bus driver "Driver". A sure sign of a looney.
Mentally unhinged next door neighbours with their washing machine on spin cycle at 5am.
The Great Lakes. The Fucking Shit Lakes, more like.
Every pub toilet a chap goes into being full of furtive, giggling coves waiting to do a "Charlie Cocaine" stick in the cubicle.
Believing yourself to be fastidious, while others think of you as a "fat idiot".
Younger coves wanting to give you a hug rather than a brisk handshake at New Year.
Claiming that you were on Rochdale's books as a schoolboy.
Combining a mainly-female office environment with racy examples of Gangsta rap lyrics. Not a great mix.
Eagerly returning to your dreadful mates in the pub, claiming to have been "Spocking" a dorty lass round the back by the bins.
English cricketers. Can't bat, can't bowl, can dance a little.
Stealing the above line off of the internet. The shame of it.
Not being entirely sure if Jude Law is a bloke or a lass.
Considering yourself to be a national treasure, despite scant evidence to support this.
Prostitutes. One minute they don't wan't the Police around, claiming they're bad for business. The next minute they're going crying to the filth like a bunch of iddy-biddy (working) girls. Make your minds up, ladies!
Shelling out an ungodly amount for a pair of modish spectacles
Thinking that, in the end the love you take is equal to the love you make. No, it isn't.
Cheese scones. The scone of the fool.
Posted by Colonel Knowledge at 1/10/2007 07:15:00 am No comments: Links to this post